You don't have any saved vehicles!

Look for this link on your favorites:

Once you've saved some vehicles, you can view them here at any time.

CALL US FIND US

Who has the best Electric Cars?

Since 2008, we have been seeing more and more Electric Vehicles or EVs for short. These cars and compact SUVs have been sweeping the market, especially Tesla, the biggest producer of them all. But other companies have joined the fray. So if you had to buy, who would you want to buy from?

Tesla is the biggest name in this market with their EV technology and the diverse lineup of their cars. The major problem is that most people on the consumer market can’t afford the cars Tesla makes. So, Tesla came up with a solution and introduced their new Model 3 which is meant for the average family. It has a range of 220 miles, luxurious style, and it is only $35,000 before incentives. But, there are some major issues and those are the 12 to 18 month wait time to even get one, and recently Tesla has been falling short on their production quotas for the Model 3. The future of the Model 3 is looking a bit grim.

Chevrolet’s Bolt is a big competitor against the bigger EV cars in the world. It is around $37,495 before incentives. Its selling point is the 238 mile battery range that challenges all the other EVs on the market. Chevy is also looking to commit more resources into to electric market as a whole, and are looking to ramp up their Bolt production to get these cars out to the public more. So, we should be seeing a variety of electric cars on the road from Chevy in the near future.

Nissan’s Leaf is also a great choice when looking for an EV. Coming in at $29,990 before incentives it is one of the most affordable options out there. It is considered an SUV which gives it an edge over the Bolt and the Model 3 because of the extra space to place your belongings or groceries. But, it severely lacks in range with only 151 miles.

Overall, it’s hard to say who is the clear victor. Tesla was the first into the electric car market but with recent quality control and production issues that will deter buyers and it puts doubt in their cars as well. Ford is making great strides to become more electric with an $11 billion dollar investment into making more electric cars and innovating them to higher levels. There is also General Motors putting more resources into electric cars and SUVs. For now it is unknown who has the best electric cars but we can say for certain that the major car companies are going to be competing for the number one spot.

0 comment(s) so far on Who has the best Electric Cars?

Connect With Basil Resale of Buffalo

You don't have any saved vehicles!

Look for this link on your favorites:

Once you've saved some vehicles, you can view them here at any time. 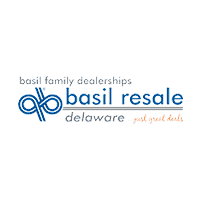